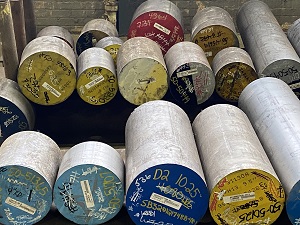 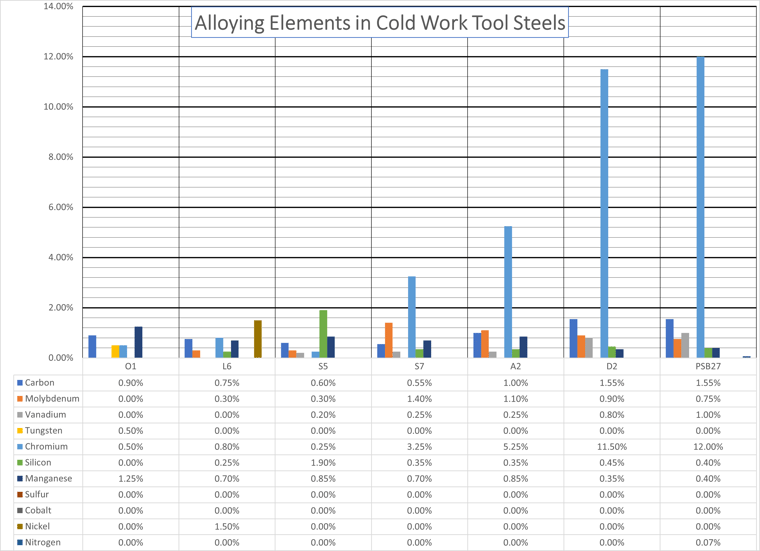 Carbon - C - This is the most important alloying element in steel.  With increasing carbon content, the strength and hardenability of the steel increase, but its ductility, formability, weldability, and machinability can be decreased.

Manganese - Mn - Manganese is used as a deoxidizer.  It contributes to strength and hardness, but to a lesser extent than carbon.  Manganese has a strong effect on increasing the hardenability of steel by reducing the critical cooling rate.

Silicon - Si - Silicon is used as one of the main deoxidizers in steelmaking.  Silicon is also absorbed in the melt during steelmaking from furnace and ladle refractory brick.  Silicon is a strong promoter of hardenability, improved forgeability and increases scale resistance.

Sulfur - S - For most steels a maximum sulfur limit is specified.  Sulfur is intentionally added to certain steels to  improve machinability.  Sulfur decreases weldability and, in most steels, increases impact toughness and ductility.  In Particle Metallurgy steels, however, a controlled sulfur level does improve machinability with negligible  effects on other properties.

Aluminum - Al - This is the most effective and frequently used deoxidizer in steelmaking.  Small additions are used to insure small grain size.  Aluminum will form with nitrogen and form hard aluminum nitrides, which is why it is added to nitriding steels.

Chromium - Cr - Chromium is generally added to steel to increase resistance to corrosion and oxidation, to increase hardenability, and to improve high temperature strength.  Chromium is a carbide former, which increases edge retention and wear resistance.

What is the difference between conventional steelmaking, sprayform steelmaking and powder metallurgy steelmaking?

Thinking of them as good, better, best helps to get...